This Sunday I decided to switch up my usual breakfast routine.  Since I didn’t get around to cooking until around 10:00, and the meal was a bit more hearty, let’s just call it brunch. Here’s how I prepared our steak, eggs, and potatoes. 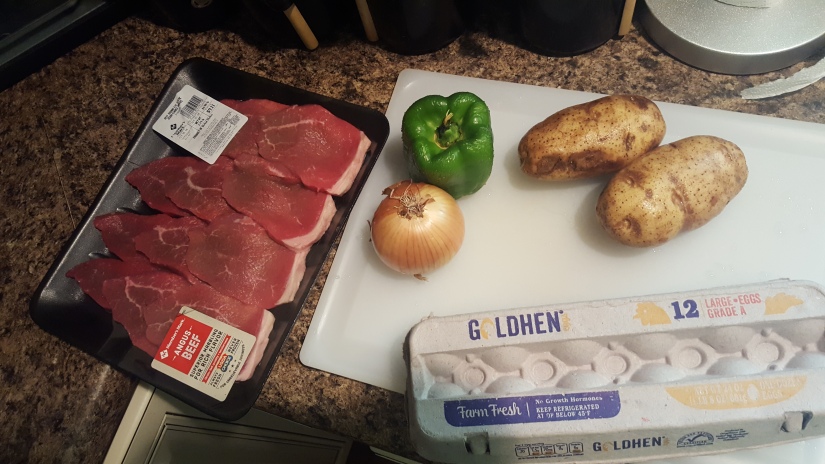 I started with some small cuts of steak ( the label says Beef Round Eye Steak), two russet potatoes, an onion and bell pepper.  Two potatoes may not seem like a lot, but they go a long way when you dice them! 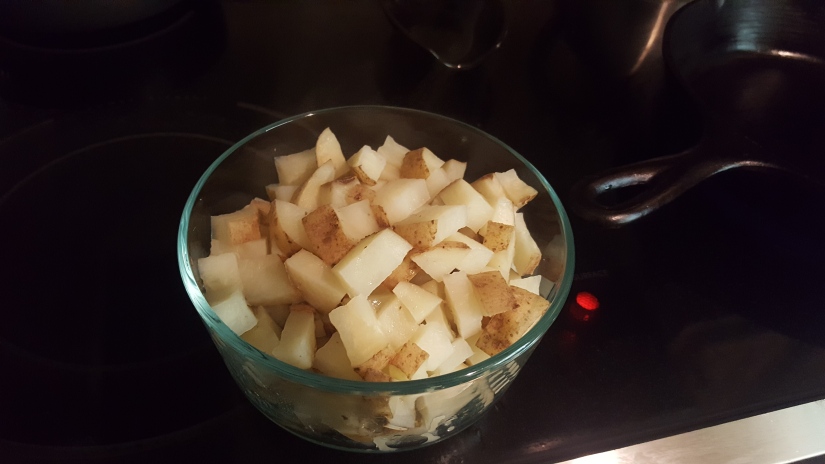 Wait, you may be wondering what kind of oil I used.  I’m glad you asked! I like to keep bacon drippings in the refrigerator for times when I want a little extra flavor with my oil/fat. I added two table spoons of bacon grease to the skillet before adding the potatoes/onions/peppers.

Let the potatoes cook down until they’re tender, then move the skillet to the oven. Remember, it was set for 450 degrees.  I used a cast iron skillet because it can go from the stove to the oven and withstand the high heat.  The potatoes baked for five minutes, then I turned off the heat…topped with cheese…then let it continue to sit in the oven (with the heat off) until I was ready to serve.

Now, about these steaks. I rinsed them, then pat dry before seasoning.  Since salt and pepper are usually sufficient for steak, that’s all I used.

Does anybody else have to look up how long to cook a steak? Well, I always struggle with getting the temperature right.  We like our steaks and burgers medium…but I’m no chef, so I rarely achieve my goal. Oh well. Since these steaks were about a half-inch thick, I cooked them, with a little butter, on medium-high heat for three minutes on each side.  (Note to self…perhaps take off a minute or two for a slightly less “done” result.) 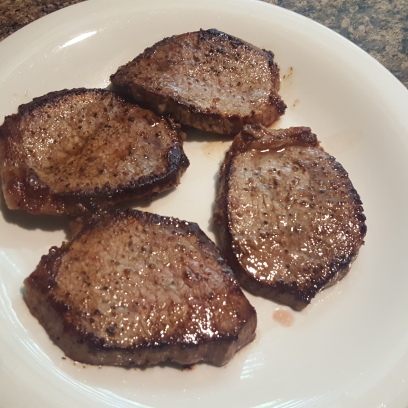 After the six minutes, I let the steaks rest.  They ended up having a tiny bit of pink center, and were still pretty tender.

I quickly scrambled the eggs, took the potatoes out of the oven, and brunch was served! The potatoes were my favorite part of the meal. They were slightly crusty on the bottom, tender in the middle, and cheesy on top.  Using the bacon drippings made it taste like there were bacon pieces throughout…Yum!

View all posts by Lindsay